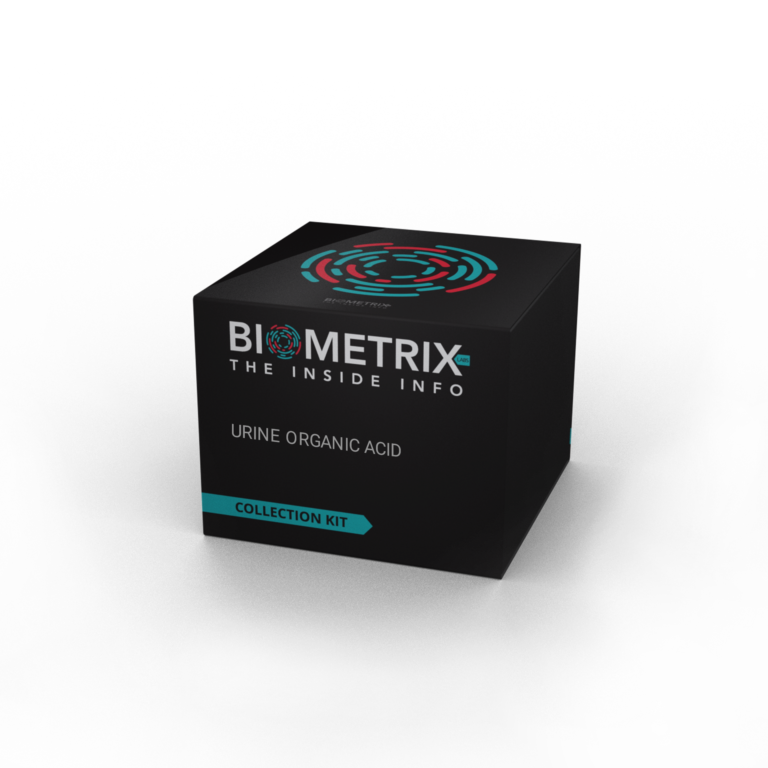 Our Organic Acids Test also includes markers for vitamin and mineral levels, oxidative stress, neurotransmitter levels, and is the only OAT to include markers for oxalates, which are highly correlated with many chronic illnesses.

If abnormalities are detected using the OAT, treatments can include supplements, such as vitamins and antioxidants, or dietary modification. Upon treatment, patients and practitioners have reported significant improvement such as decreased fatigue, regular bowel function, increased energy and alertness, increased concentration, improved verbal skills, less hyperactivity, and decreased abdominal pain. The OAT is strongly recommended as the initial screening test.

what you need to know about OAT testing

Organic acids are chemical compounds excreted in the urine of mammals that are products of metabolism. Metabolism is the sum of chemical reactions in living beings by which the body builds new molecules and breaks down molecules to eliminate waste products and produce energy. Organic acids are organic compounds that are acidic. Organic acids are substances in which carbon and hydrogen are always present but which may also contain the elements of oxygen, nitrogen, sulfur, and phosphorus as well.

what are organic acids 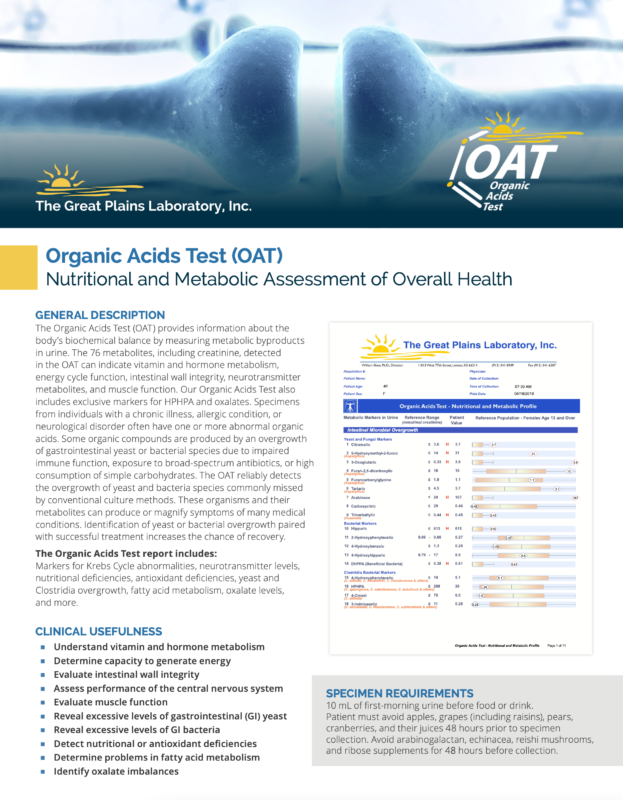 how are organic acids measured for medical reasons 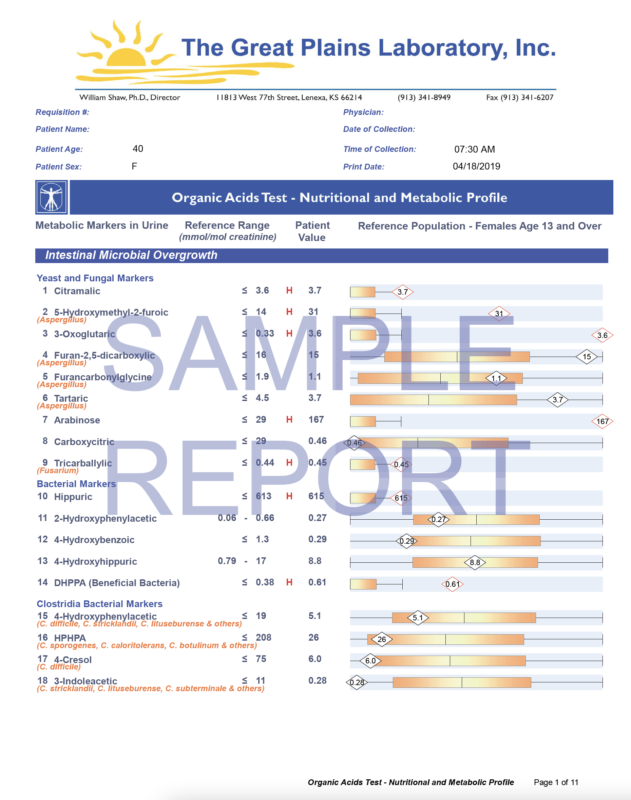 Clinical presentations of organic acidemias vary widely and may include failure to thrive, intellectual development disorders, hypo- or hyperglycemia, encephalopathy, lethargy, hyperactivity, seizures, dermatitis, dysmorphic facial features, microcephaly, macrocephaly, anemia and/or immune deficiency with frequent infections, ketosis and/or lactic acidosis, hearing, speech, or visual impairment, peripheral neuropathy, sudden cardiorespiratory arrest, nau­sea and coma.  Many organic acidemias are associated with slight to marked increases in plasma ammonia.  Some organic acidemias may be chronic and present in the first few days of life. In others, such as medium chain acyl dehydrogenase deficiency, a child might appear completely normal until a potentially fatal episode of cardiorespiratory arrest.

Many other non-genetic factors can also alter human metabolism. Toxic amounts of the drug acetaminophen and other toxic chemicals can use up a key molecule, glutathione, that helps the body detoxify, leading to the overproduction of the organic acid pyroglutamic acid. Tumors of the adrenal gland called pheochromacytomas can cause the overproduction of the neurotransmitter epinephrine, resulting in marked increases in its metabolite, vanillylmandelic acid (VMA). Genetic diseases of the mitochondria, the cell’s energy source, as well as toxic chemicals that disrupt mitochondrial function cause elevation of succinic acid.  Succinic acid is a key intermediate of both the Kreb’s cycle and the electron transport chain that generates adenosine triphosphate (ATP), the currency for most of the body’s energy transactions.

A number of organic acids directly or indirectly indicate deficiencies of critical vitamins such as vitamin B12, pantothenic acid, biotin, and others. One of the most important uses of the organic acids test is as an indicator of dysbiosis, an abnormal overgrowth of yeast and bacteria in the intestinal tract. Some of these bacterial byproducts from the intestine enter the blood stream and may alter the metabolism of neurotransmitters such as dopamine.

TO DO AN ORGANIC ACID TEST

It evaluates for various fungal toxins

It evaluates for specific toxins related to various clostridia bacteria

It evaluates for high oxalate (a.k.a. oxalic acid)

It evaluates for mitochondrial imbalances

It evaluates for imbalances in dopamine and norepinephrine

It evaluates for deficiency of excess of serotonin

It evaluates for two specific chemicals related to folate metabolism

It evaluates for various nutritional markets such as Vitamin B6, Vitamin B5, Vitamin C and CoQ10

It evaluates for glutathione deficiency

“After identifying a low serotonin level on an Organic Acid Test (a hallmark functional medicine test), A severely depressed and suicidal man began taking 100mg of 5htp twice a day (5htp is the direct precursor to serotonin). After 2 days, he said his depression virtually disappeared and he was no longer suicidal. I love when I can identify a biochemical glitch and someone can have such a profound emotional turn around.”

“The Organic Acids Test has brought new meaning to my specialized practice in women’s health. This test has allowed me to investigate more deeply the chronic issues that contribute to female related conditions like PMS, uterine fibroids, endometriosis, chronic UTIs and vulvodynia. I have had a great deal of success in treating complicated PMS cases that didn’t respond to typical female hormone balancing therapies. Since utilizing the OAT, it has provided me with a variety of information to determine the underlying cause of female related issues. Some of the markers that I find valuable for women’s health issues are the bacterial and yeast metabolites, oxalates, B vitamins, vitamin C, and pyroglutamic acid. I have been so impressed by this test that I can’t help but want to spread the word about its uses for various women’s health conditions!”

Find out more about Cilo Cybin and the group of companies – here.

Please register on our Medical Practitioner and/or Patient database. We hope to bring you scheduled cannabis products in 2022.

Get updates on new products and releases!

Please note that only persons over the age of 18 are allowed to order products on this site.